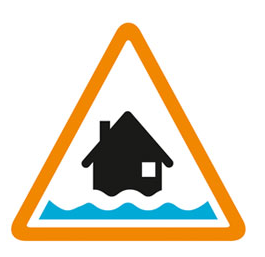 River levels are falling but remain high at the Castle Rising river gauge as a result of recent rainfall. Consequently, flooding of property, roads and farmland remains possible today. We expect flooding to affect Heacham River, The Ingol, Babingley River and Gaywood River. Further rainfall is forecast today, Wednesday 20th January. We expect river levels to begin to rise again in response to any rainfall, because the ground in the river catchment is already saturated. Please plan driving routes to avoid low-lying roads near rivers, which may be flooded and avoid using low-lying footpaths near local watercourses. This message will be updated tomorrow morning, Thursday 21st January, or as the situation changes.

The area bounded in blue on the map shows the area covered by flood alerts and warnings for North West Norfolk Rivers.

Icons on the map show nearby level monitoring stations. They are not necessarily related to this particular flood warning area.